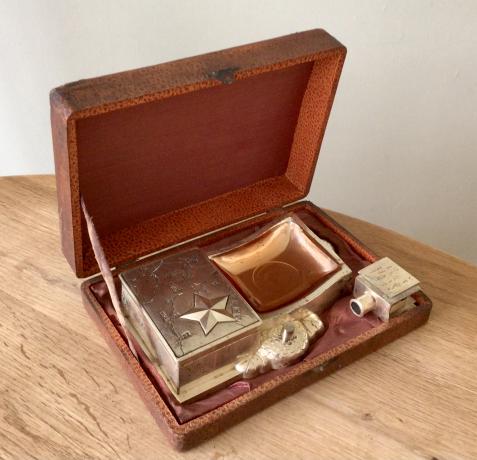 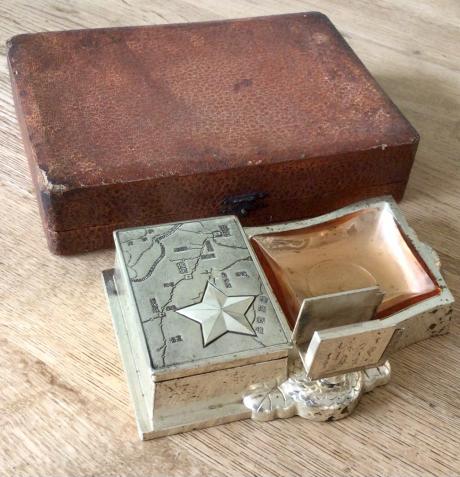 The cased silver plate set comprises of a gilt lined cigarette case showing the Imperial Army star below a map of Manchuria. An amber glass lined ashtray in the form of the Japanese national flag and a matchbox holder with the national anthem written on either side.

There is some plate loss from age.

The wooden display case is complete with silk lining and clasp.