An Imperial Japanese Showa Enthronement Medal. Emperor Hirohito (the Showa Emperor) actually ascended to the throne in 1926 but the enthronement ceremonies were held in 1928.

The 30 mm diameter medal shows the Imperial throne with the word 'Banzai' written below. There is a small gold coloured metal Chrysanthemum seated in the centre. 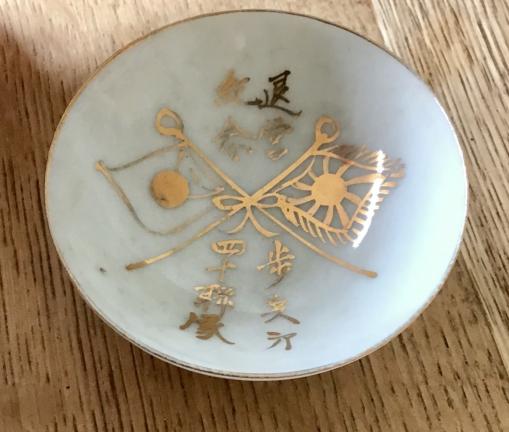 A very nice Imperial Japanese Army ceramic sake cup. The Sakazuki shaped cup has a hand painted national and war flag on the interior. The cup celebrates the ’End of service’ for a soldier from the 40th Infantry Regiment. 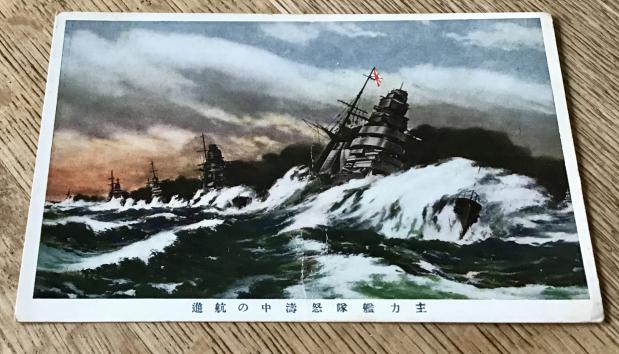 An original Japanese pre war postcard showing a line of battleships in rough seas. The front of the post card reads ‘The voyage of the main battleship fights the angry waves’. 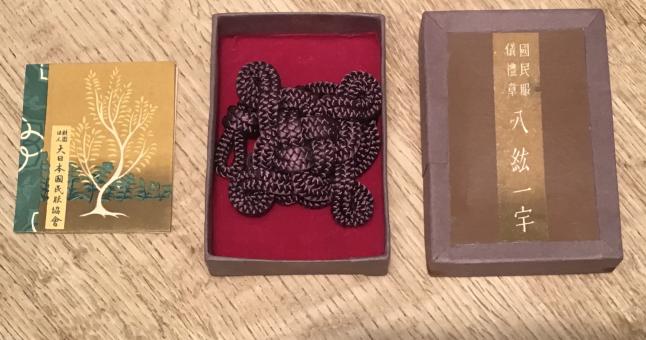 A WW2 Japanese Kokumin Fukugirisho or Honour Cord. The honour cord was not an official award but privately purchased to be worn with the Kokumin Fuku for ceremonies. The Kokumin Fuku was the men's civil attire introduced in Japan in 1940 during WW2.

Some examples carry the family crest in the centre of the badge. 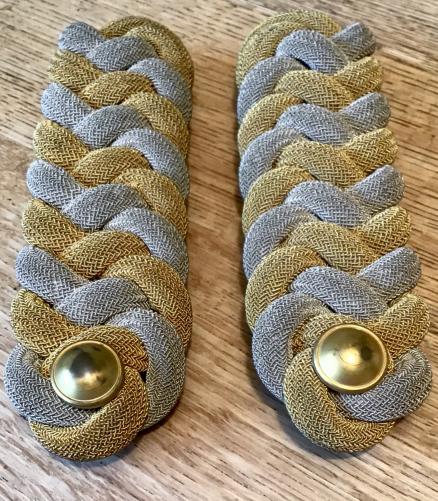 A pair of WW2 Imperial Japanese Army Medical Warrant Officers dress uniform shoulder boards. The boards are of a heavy braided silver and gold bullion design. The boards both have a plain gold coloured button at one end.

The undersides of the boards are lined in black wool with hinged metal sliders.

Each board measures 14 cm long by 4 cm wide. 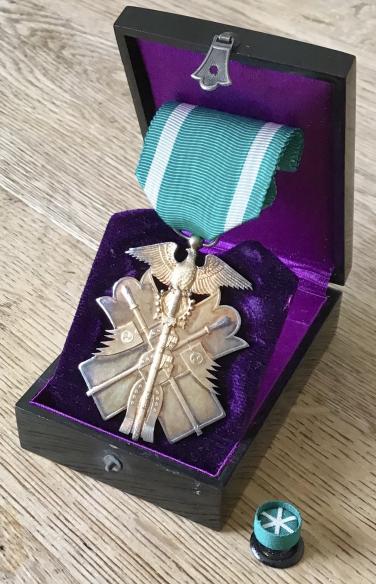 The Order of the Golden Kite was an exclusively military award for bravery, leadership or command in battle.The Golden Kite medal was established in 1890 by Emperor Meiji and was officially abolished in 1947.

The order consisted of 7 classes. Enlisted soldiers were eligible for the 7th–5th classes,... read more 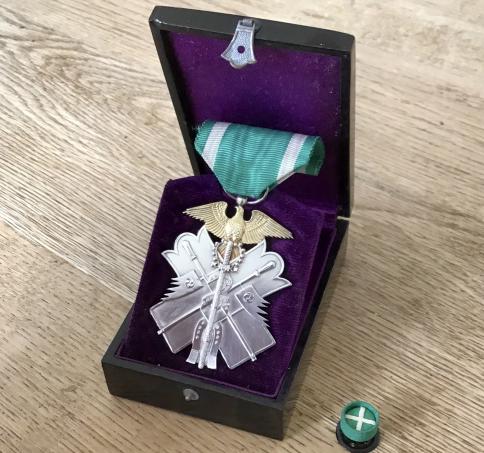 The Order of the Golden Kite was an exclusively military award for bravery, leadership or command in battle.The Golden Kite medal was established in 1890 by Emperor Meiji and was officially abolished in 1947.

The order consisted of 7 classes. Enlisted soldiers were eligible for the 7th–5th class... read more 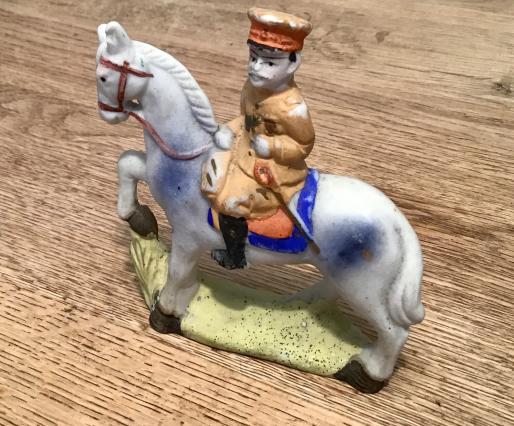 A early 1900’s patriotic ceramic figure of a Japanese officer on horseback. The painted figure shows an officer of the Imperial Japanese Army mounted on a white horse.

The figures original paint has worn over time and the item has no damage.

An Imperial Japanese Manchurian incident medal. The Manchurian Incident or Mukden Incident was an event staged by Japanese military personnel as a pretext for the Japanese invasion in 1931 of northeastern China, known as Manchuria.

The 30 mm bronze medal was awarded to those who served in the 1931-34 Manchurian Campaign. The medal was established in 1934 and abolished in 1945. 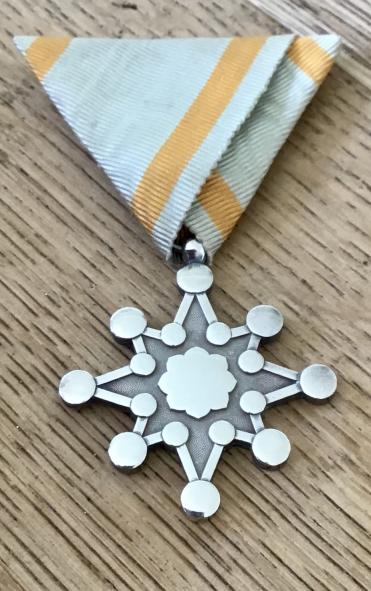 The solid silver medal was awarded in eight classes, from 8th up to 1st for long and/or meritorious military service. In 2003 the 7th and 8th classes were abolished.