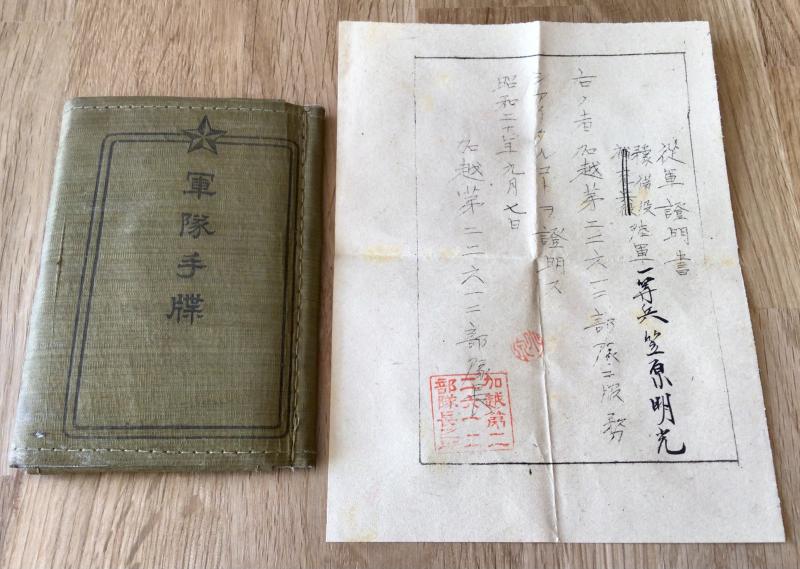 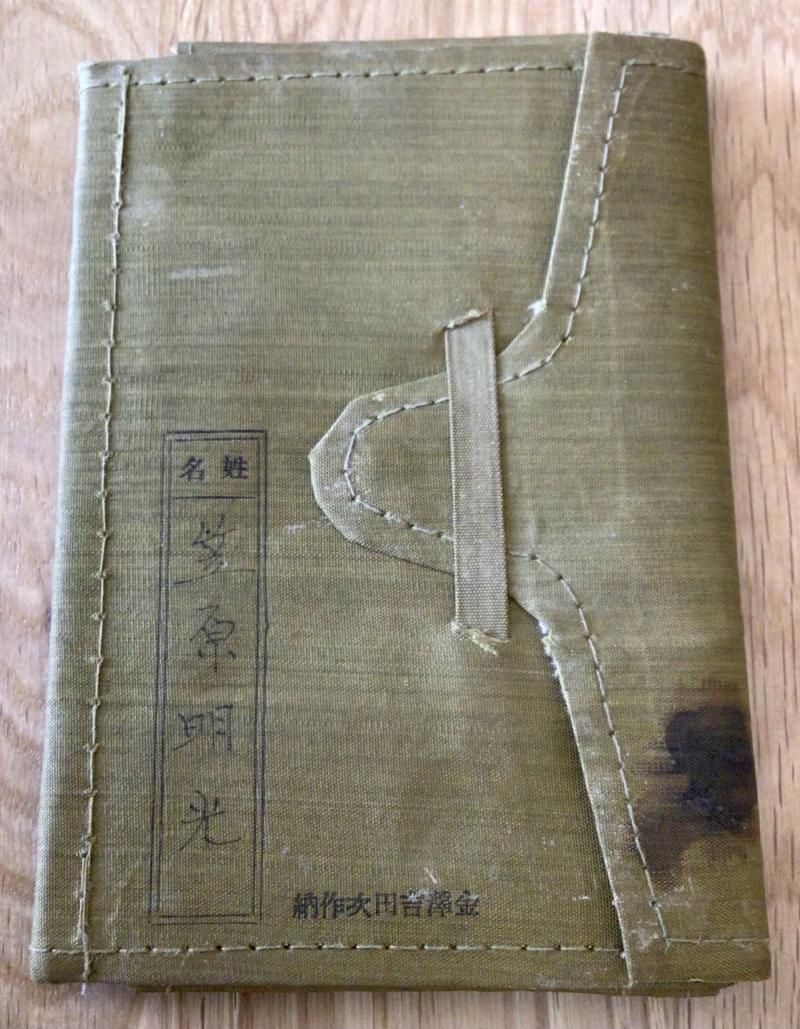 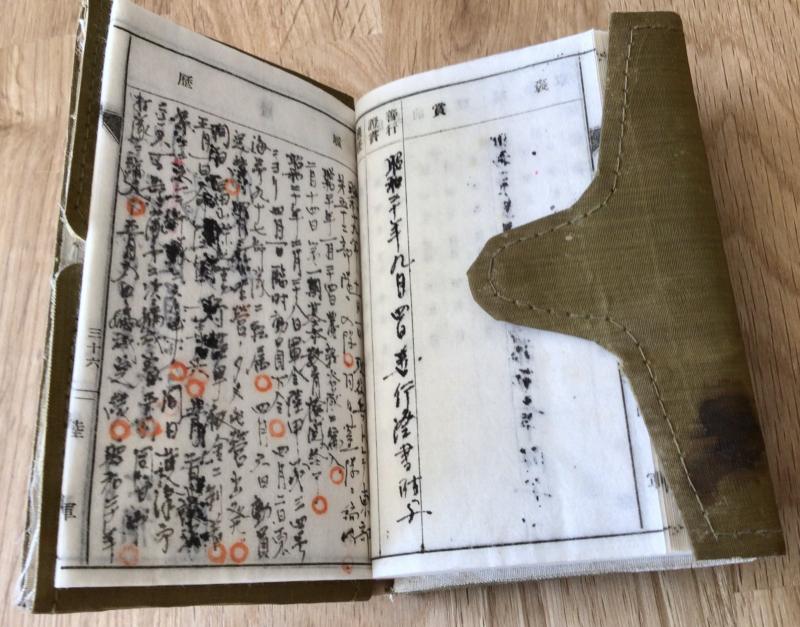 A WW2 Imperial Japanese Army Identification book or ‘Guntai Techo’. This unusual example is for a soldier late in the war for the defence of Japan. The ID book is named to Pte 1st Class Akimitsu Kasahara of the Artillery. Pte Kasahara was born in 1923 in Tokyo, Japan and was drafted into the army in late 1944.

The book also contains a letter of joining instructions for Pte Kasaharas position as an artilleryman in the defence of the home islands of Japan.

The green coloured canvas covered book has no damage and measures 12.4 cm tall by 8.6 cm wide.