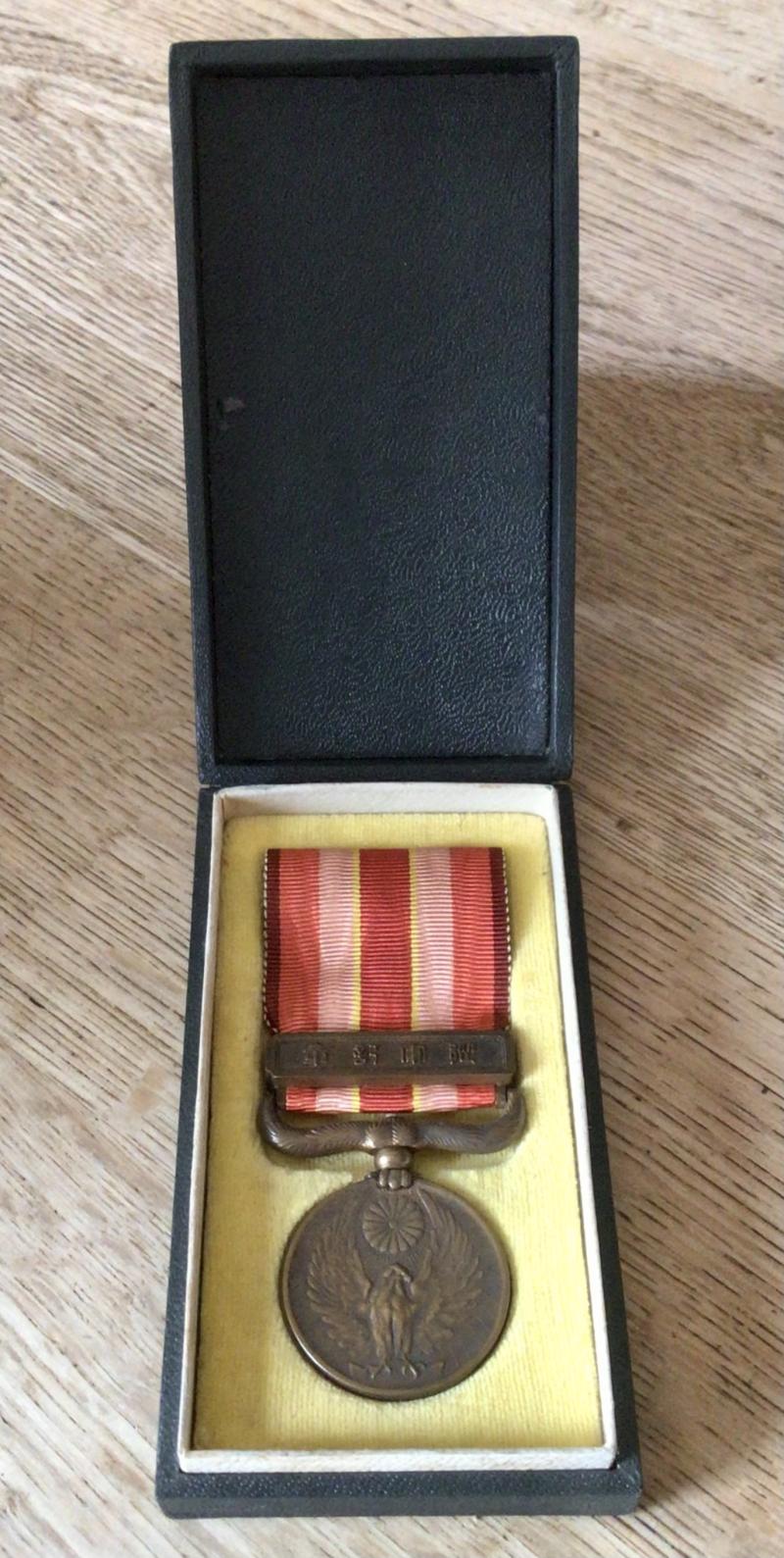 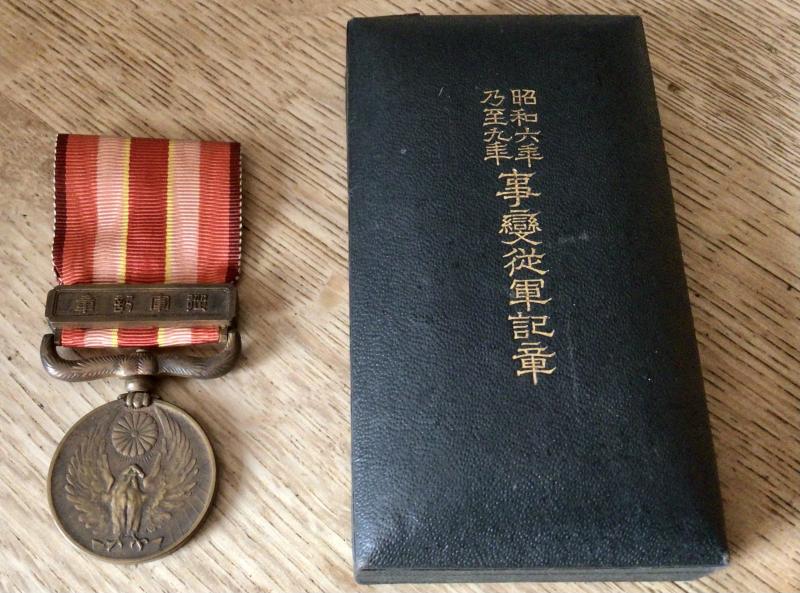 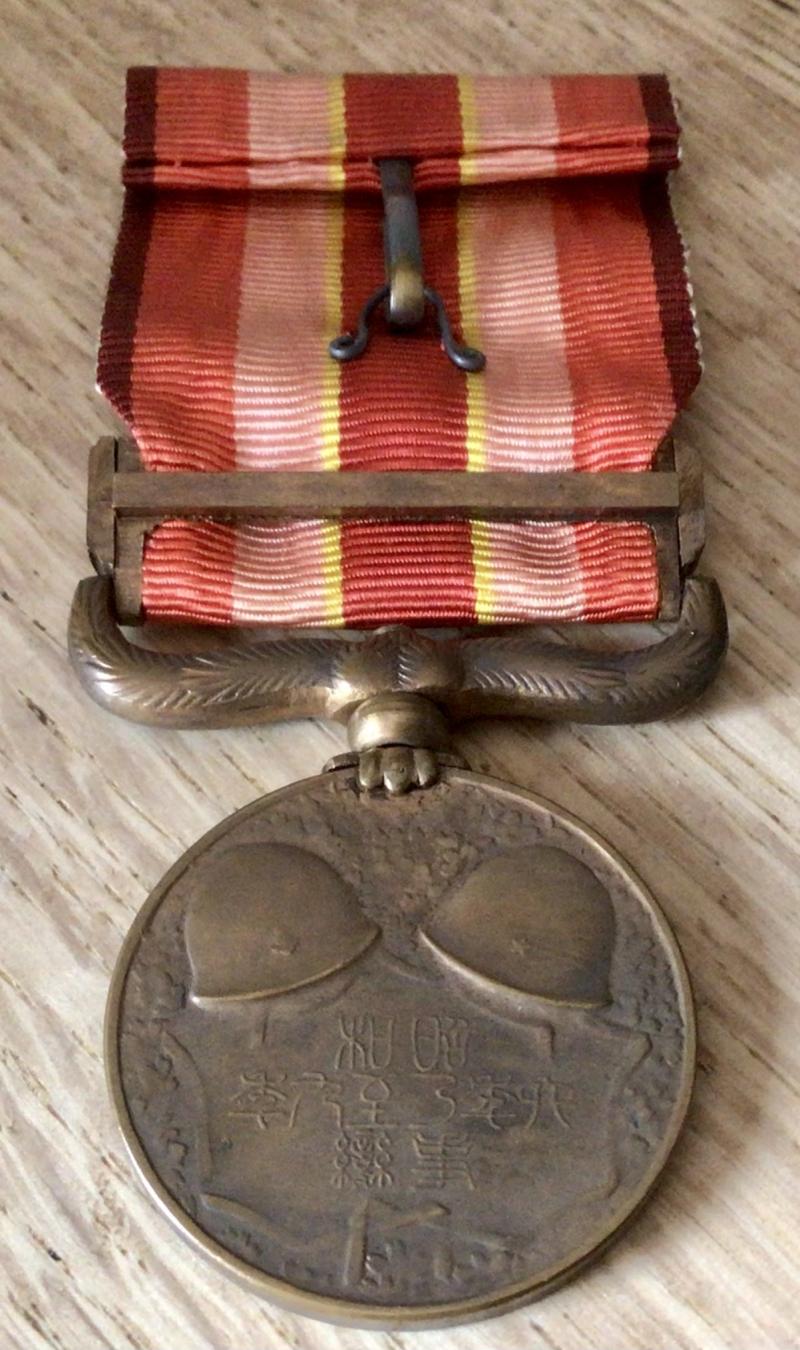 An Imperial Japanese Manchurian incident medal. The Manchurian Incident or Mukden Incident was an event staged by Japanese military personnel as a pretext for the Japanese invasion in 1931 of northeastern China, known as Manchuria.

The 30 mm bronze medal was awarded to those who served in the 1931-34 Manchurian Campaign. The medal was established in 1934 and abolished in 1946.

The medal has the traditional Japanese hook and eye fixing and comes in its original presentation box.