Senninbari were most commonly made from white cloth with 1000 red stitches. This is seen as a very lucky colour combination in Japan.

The Senninbari was mad... read more 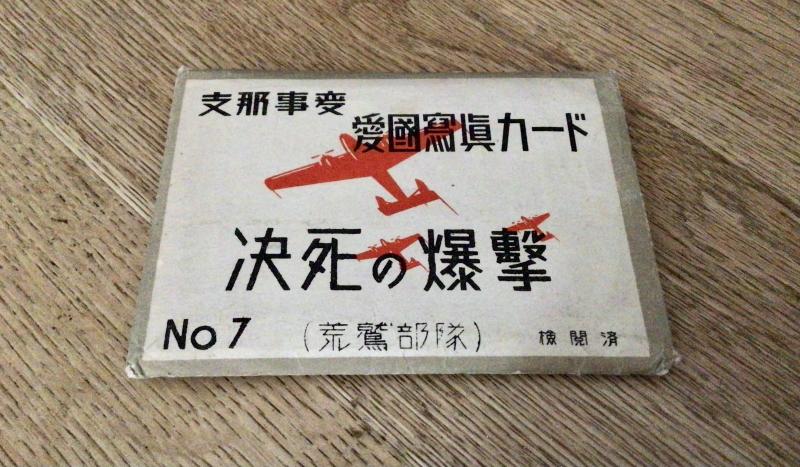 A WW2 Imperial Japanese Naval Association members door badge or plaque. This type or badge was hung outside of a members home. 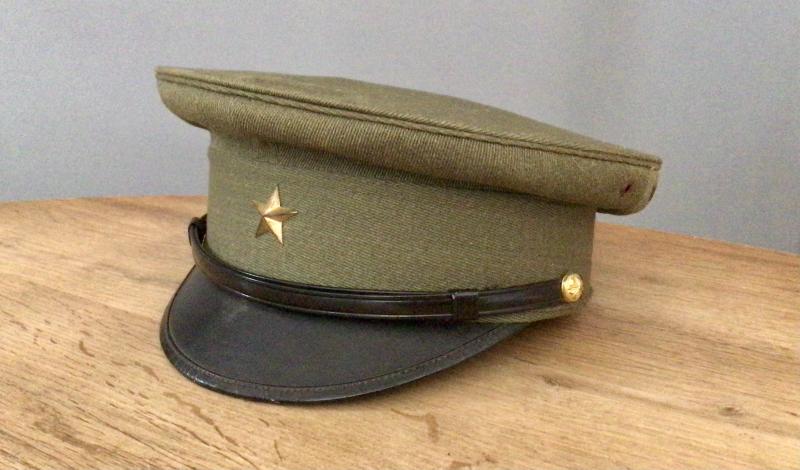 The cap is in very good condition and is complete with the imperial army star and cherry blossom chinstrap buttons.

The label on the inside reads ‘9’ and is named to a ‘Seiji’. 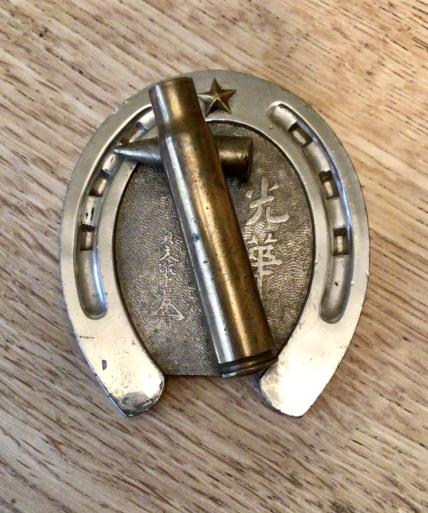 A pre WW2 Manchuria Incident Imperial Japanese Army Bunchin or paper weight. The bunchin was used to hold the paper in place during writing. This metal patriotic example shows a Japanese 7.7mm bullet set on a horse shoe with the Imperial Army star.

The kanji reads ‘Memorial’ and the words are by Sadao Araki. Baron Sadao Araki was a very influential general in the Imperial Japanes... read more The Japanese soldiers nicknamed the Type 99 backpack the ‘Octopus’ due to all the straps and ties.

A good example with no holes or tears. read more 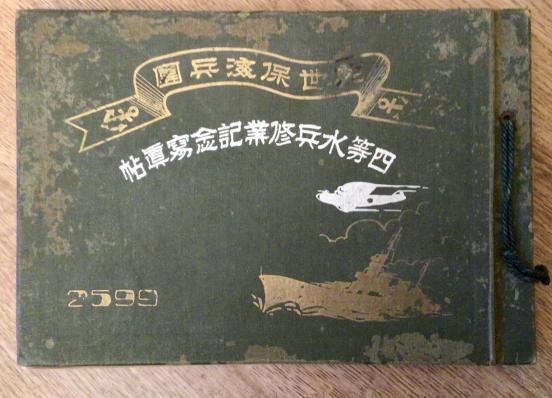 A WW2 Imperial Japanese Navy Landing Forces (SNLF) graduation book. The green covered hardback book is dated for 1939 and is from the Sasebo Naval Training Academy. The book has 50 pages each with multiple pictures. The pictures show the basic training and then the specialist field training and passing out parades.

Each page has a glassine protective sheet to protect the images ... read more

Prince Fushimi Hiroyasu served as chief of staff of the Imperial Japanese Navy from 1932 to 1941.

The Association started in 1932 and grew out of the ‘Osaka National Defence Women's Association’, which was formed to give send offs to troops to Manchuria, and to welcome them on their return.

The association grew in size thanks to activities carried out mainly by housewives and wor... read more

A fantastic boxed Japanese Russo - Japan war medal. The Russo-Japanese War was fought during 1904 and 1905 between the Russian Empire and the Empire of Japan over rival imperial ambitions in Manchuria and Korea. The war ended with a victory for the Japanese empire.