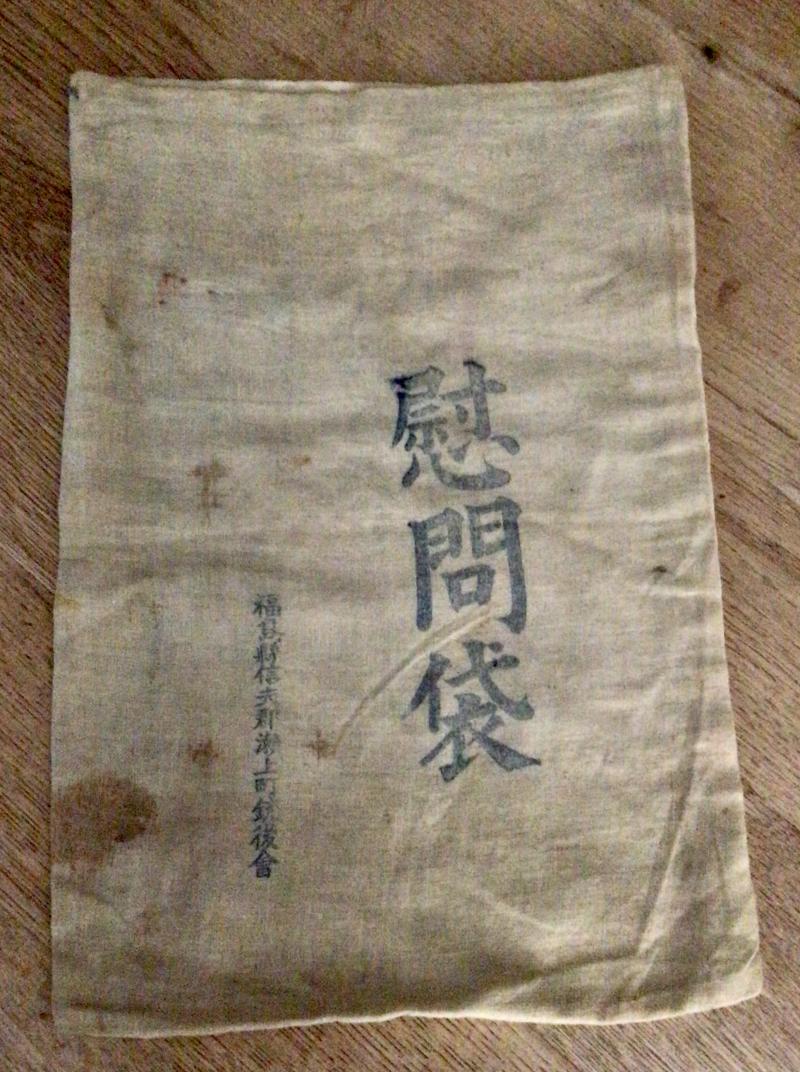 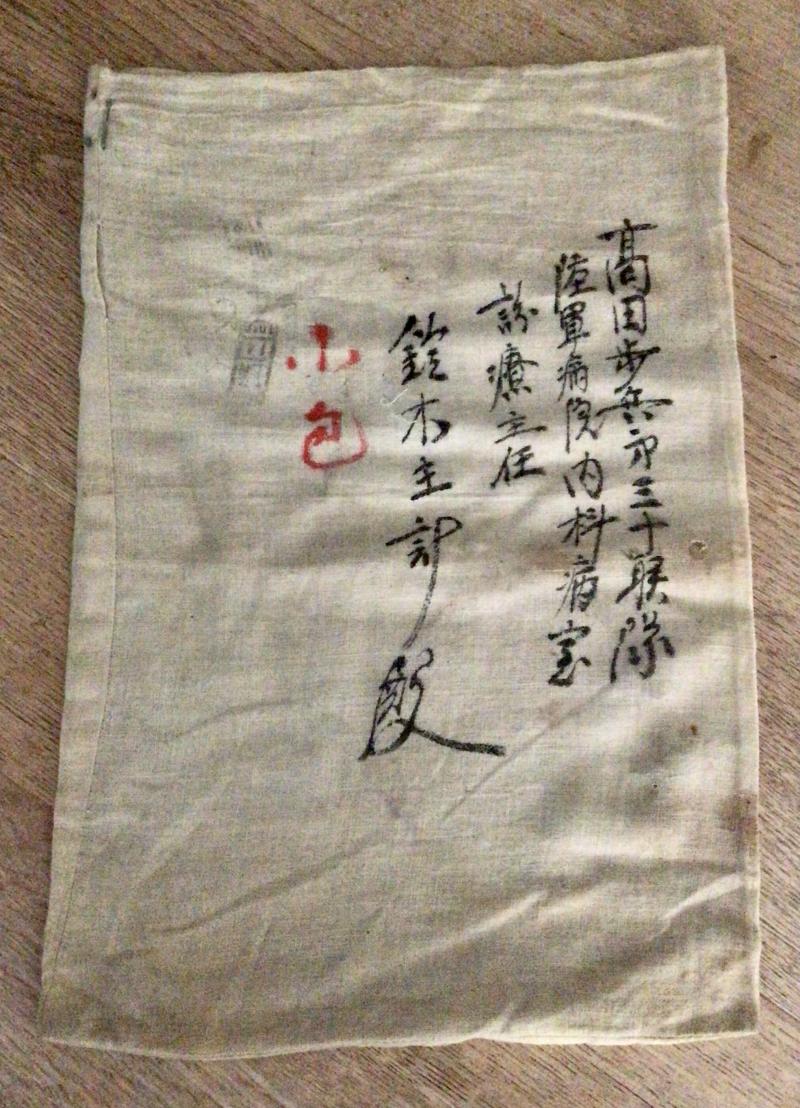 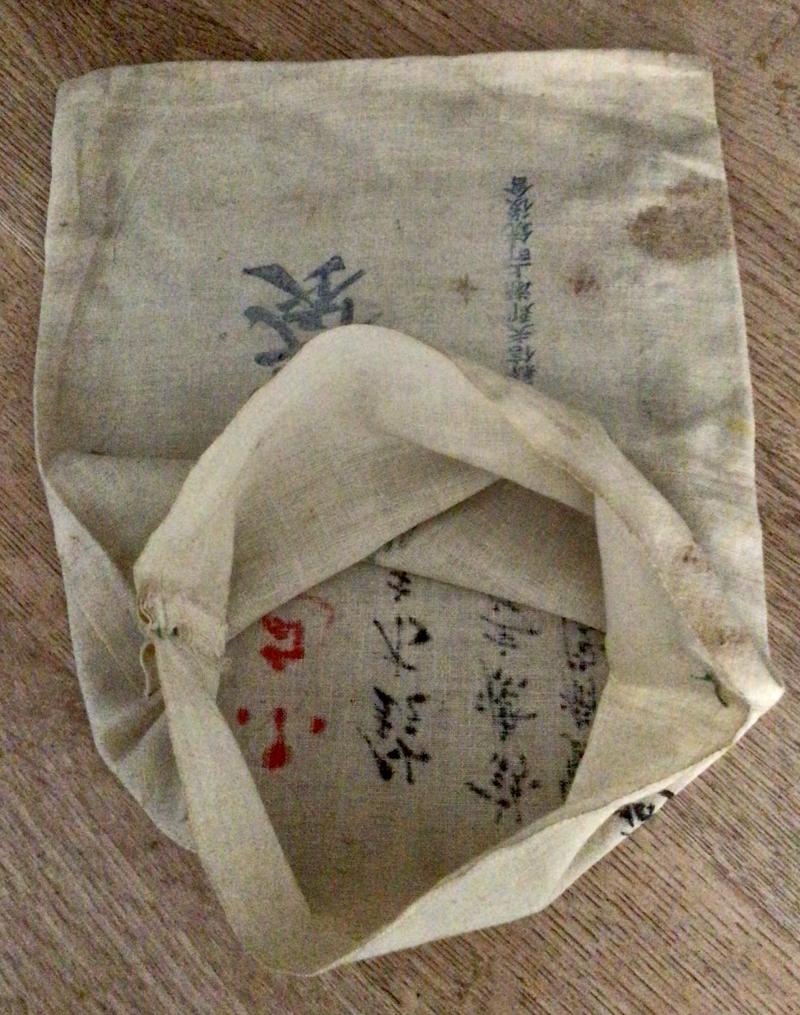 A WW2 Imperial Japanese Army Comfort bag or ‘Imon Bukuro’. The Imon Bukuro was used to give servicemen on the frontline luxuries, these could be in the form of letters from home, soap, toothbrushes, fans, boxes of matches and canned food.

This example was sent from the Fukushima prefecture in Japan to a soldier named ‘Yoshiro Suzuki’. Interestingly the bag is addressed:

Presumably Mr Suzuki was an army doctor attached to the 30th infantry regiment.

The bag has a couple of military stamps on the reverse and measures 35 cm tall by 24 cm wide.