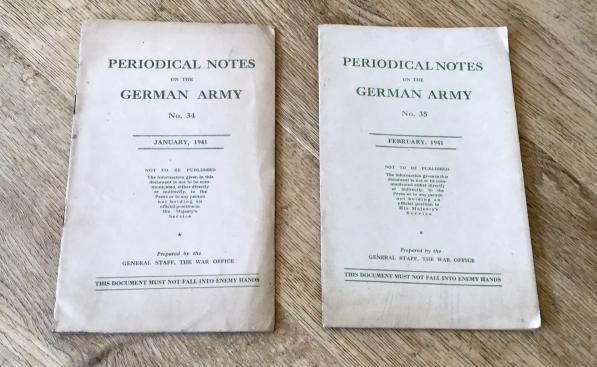 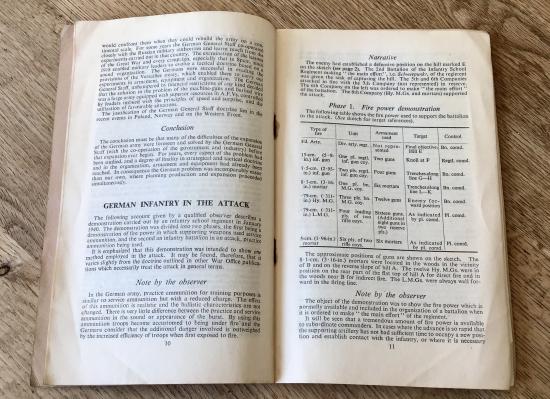 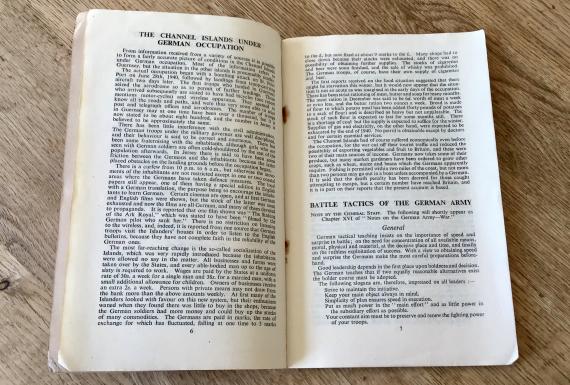 A pair of original WW2 Periodical Notes On The German Army pamphlets. The pamphlets are No. 34 dated January 1941 and No. 35 dated February 1941. Both pamphlets are in good condition with some rusting to the staples.

The pamphlets contain information about German tactics, formations and even the psychology of German soldiers.